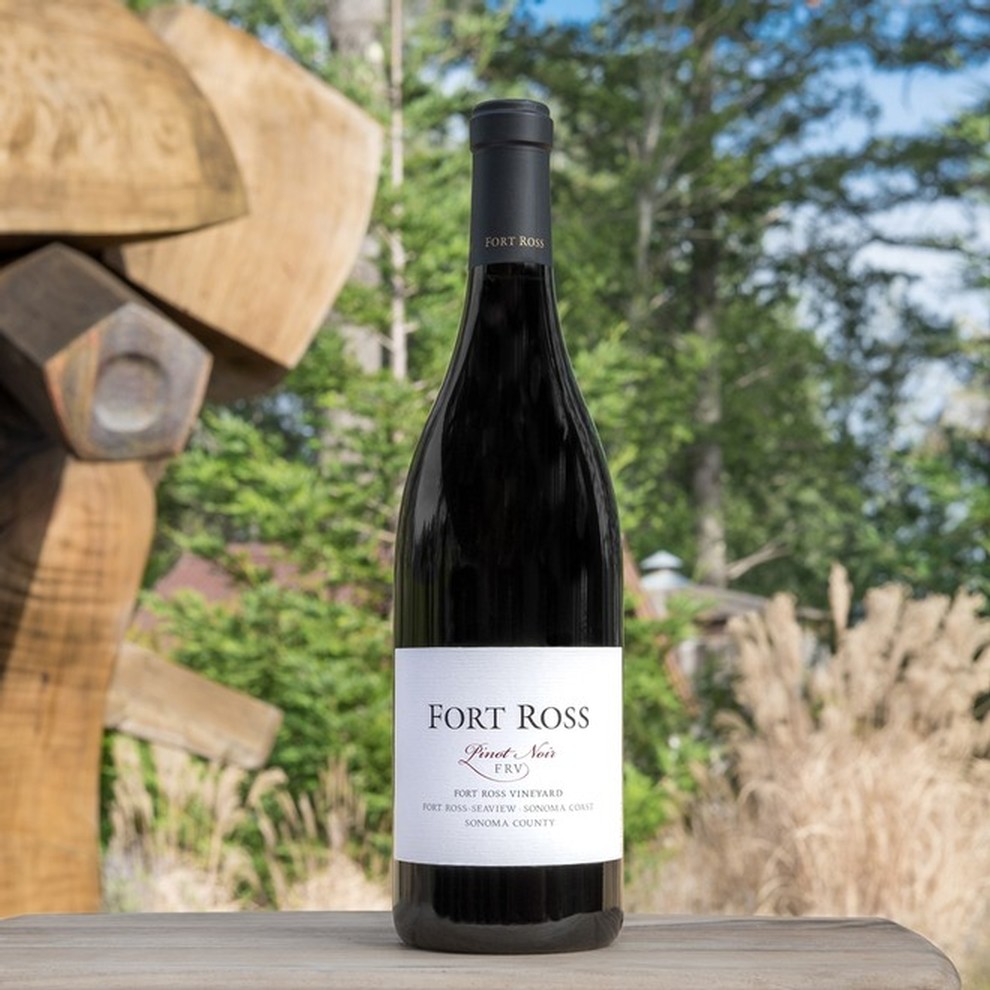 92 Points - Wine Advocate
Scented of cranberries and red and black cherries with charcuterie, dusty earth and woodsmoke, the 2017 Pinot Noir Estate Fort Ross Vineyard has a light to medium-bodied palate with a good interplay of fruit, earth and meaty nuance. It has a grainy, fresh frame and finishes long.

92 Points - Jeb Dunnuck
Lots of red currants, mulled cherries, and spicy, dried herb-like notes emerge from the 2017 Pinot Noir Fort Ross Vineyard, a medium-bodied, elegant Pinot Noir with ripe tannins and terrific overall balance. It shows the more savory, concentrated style of the vintage and is an outstanding, complex 2017 to enjoy over the coming 7-8 years or so.

Wine Profile
Tasting Notes
Bright aromas of raspberry and bing cherry meld with earthy spice and a hint of licorice. Cherry, raspberry and red plum greet the palate followed by savory touches. Refined, supple tannins and the Fort Ross Vineyard signature minerality are revealed through the layered, mouthwatering finish. With its vibrant acidity and extraordinary balance this classic coastal Pinot Noir will elegantly evolve.
Vineyard Notes
The 2017 growing season welcomed generous rainfall for the first several months of the year. After five drought years the soils were hydrated and our irrigation pond was brimming. Bud-break occurred in mid-March followed by a warmer than usual spring which brought an early fruit-set, fortunately, by then the rains had subsided.The summer enjoyed mild to average, 80-85° temperatures, allowing the grapes to develop ideal complexity and flavors with optimal development. During the first week of September, all of California experienced a heat spike, with this the first few blocks were harvested. Temperatures then mellowed during the remainder of harvest, allowing each variety to be picked at the ideal time. Pinot Noir was unhurriedly harvested between August 31–September 19, one of the many advantages of growing grapes overlooking the cool Pacific Ocean. Chardonnay was picked September 10–14 and finally the slower ripening Pinotage on October 3rd. Fortunately, all of our fruit was picked prior to the heartbreaking 2017 Sonoma fires. The vintage brought in lower yields, producing wines with great depth and concentration, while the hydrated soils delivered vibrant aromatics and acidity.
Production Notes
Bottled Unfined & Unfiltered, Clones: Calera, Pommard, Swan & Dijon 115
Winemaker Notes
The grapes for this Pinot Noir were handpicked during the cool hours of the night in small two-gallon picking trays.After hand sorting,the fruit was cold soaked for several days and fermented in a combination of 5 and 10 ton tanks.The caps were punched down 1 or 2 times per day, depending on the stage of the fermentation. The wines were barreled in a combination of 35% new and 65% neutral French oak.Throughout the 10 months of barrel aging, the clones and different vineyard lots were kept separate to maintain their distinct flavor profiles and structural components as blending elements.
Other Notes
627 cases produced, Winemaker: Jeff Pisoni